Is This What It's Like to Work at EA? 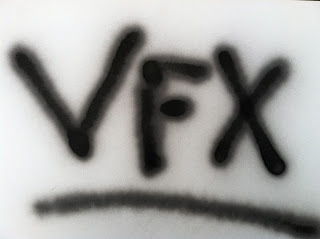 The following is an email sent to Dave Rand.

Dave Rand receives letters as a result of using his real name in association with Meteor Studios and other issues that affect VFX artists. He hopes to dispel fear of speaking out for a good cause especially after witnessing first-hand the potential to abuse VFX artists due to a lack of solidarity and leverage.


Here is what I experienced first-hand at Electronic Arts.


I accepted a 3 month job at EA to help with promotional artwork to launch their game.  When I was interviewed, I was grilled about my knowledge of realistic character renders; hair, skin, posing, etc.  I thought that would be my main tasks.  But I remembered on their job posting, they also mentioned screen grabs of in-game action.  I was ready to help out.


On my first day, I was shown my computer and was introduced to a few key people.  Everyone was extremely busy getting ready for E3 (Electronic Entertainment Expo).  I was given a few commands to get started.  No one gave me the big picture of how the pipeline worked.  On the second day, I asked about the pipeline and was given a cursory overview.  I was tasked with getting some screen grabs and was given some commands to work with the game engine.  I was introduced to another artist doing the same thing.  He had 5 minutes to show me what he was doing.  I took notes but when I went back to try for myself, my interface was missing the buttons that the other artist had.  I went back to ask him about it, but he told me he had "40 hours of work to get done in 8 hours"; so much for using him as a resource.


I tried to contact my point person; the one who showed me around on the first day.  He was nowhere to be found.  I decided to ask about some of the game characters.  At least I know how to render in Maya.  I found someone who was able to show me where to find the rigged characters and by happenstance a little bit about the game engine; something no one else had offered to show me.  Actually, I didn't even know to ask at this point.


I started doing some work on the character.  Fixing the rig and adjusting weighting issues.  I was playing with some renders when my point person came by.  He asked where I got the character from.  And when I told him I was shown where to get the file, he tells me that that isn't the most current location.  He gives me a little speech about how that part of the pipeline worked.  After that, I went back to the artist who showed me the file and asked about it.  I was told by that artist that I have the most current file.  Talk about confusion.


Then I was told I had to get some screen shots.  So back into the game I went.  But with the amount of information I had at hand, I got the most interesting shots I could.  But of course, they weren't what they were looking for.  I went from the single player mode to the multi-player mode to get other shots.  Again, I did the best I could.  When I got burned out with that, I went back to character renders.  I would email the people who needed these files to get feedback.  Most of the time, a day would go by before I would hear anything.  And most times, I would have to ask my point person about it before a comment would come back.


Now into my second week, I'm still asking people for hints on how to get the screen grabs.  But no one would respond.  Everyone was too busy with their own tasks. Eventually, I was able to find things in the game engine.  So I started making my own tools to get screen shots.  But there was still a huge aspect of the game play that I was unaware of and no one to explain things.


I was still doing character and weapons renders.  Eventually, an artist had some time to show me how to find what the latest textures were and where to locate them.  It felt good to be doing some work with the characters and weapons.


On the Thursday of my second week, I was introduced to another key person who is involved with preparing for E3.  He emailed some comments about my screen shots.  I replied back to everyone on the email list.  I said I agreed with most of the comments and would be happy to get those screen shots if  someone would show me how.  The next morning I was let go; just like that.  "This isn't working out.  We'll have to let you go”, I was told.


The interesting thing is; people came by and apologized for the craziness and offered to help, but the questions I had were very specific. Only a couple of people had the answers I needed and they weren’t available to ask.


When I accepted the job, I signed on for 3 months and passed on other jobs to take this one.  If EA realized that they made a mistake in bringing in a person who needed to be trained, they should own up to it.  If they decided that it would be faster to have someone who was already trained on the game engine to do the screen shots, then that's fine.  But what about the character renders?  Why wasn't I allowed to finish that task?  I can understand if I was fully trained and I still was unable to get the job done, I would be the first to say "get someone else".  But that wasn't the case.


I feel totally disrespected.  I've worked at facilities that had proprietary software.  They would take the time to ramp up an incoming artist.  That's to be expected.  How else would that artist be productive without thorough training?  I've been in this industry over 20 years.  I've been rehired at a number of companies.  I know what I'm doing and I'm good at what I do.  I feel EA screwed up and they should own up by paying a 2 week severance.  And I want an apology!!!  BASTARDS!!!


But when I look back, I can only fault the company as a whole.  I can't pinpoint key individuals whose job it is to get incoming artists up to speed.  Maybe that's the problem.  There is no one assigned to that task.  That task doesn't exist.  But as a whole, they should own up!
Posted by VFXSuccess at 12:08 PM

Email ThisBlogThis!Share to TwitterShare to FacebookShare to Pinterest
Labels: artist, at, bob oedy, Dave Rand, E3, EA, Electronic Arts, industry, is, its, like, success, this, to, vfx, what, work

VFXSuccess
Hollywood, California, United States
Bob Oedy is an International Lead Organizer, author of two books, and founder of VFXSuccess.com. He is passionate about helping the visual effects industry succeed. Bob Oedy is a graduate of the National Labor College in Maryland where he earned his Bachelor of Arts Degree in Labor Studies. A Master Electrician, he completed a four-year union apprenticeship program with perfect attendance and achieved the status of journeyman. He holds an Associate in Science Degree in Electronics from Pierce College. Bob is a proud parent and lives with his fourteen-year-old son in Los Angeles, California. His hobbies are music, public speaking, photography, writing and camping. All opinions expressed are those of the author and not that of any organization